Creating a DCP with openDCP

Here I'm describing how to create a DCP master for digital cinema projection.
I'm using Vegas Pro as an editing program and Ubuntu Linux for the DCP creation.


Export from the editing program 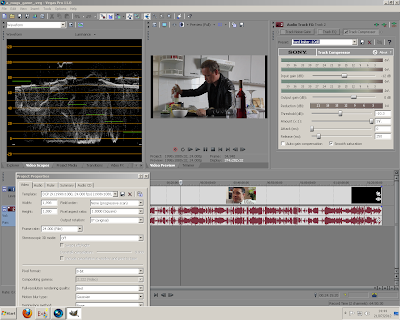 You need to export the picture as individual TIFF images and the sound as WAV. 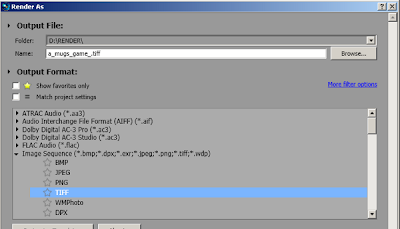 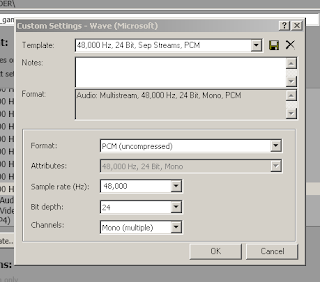 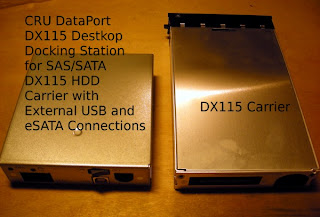 The DCP is shipped on a 500GB hard drive which is inside of a CRU DataPort DX115 or DX115DC. The right part shows the actual DX115 carrier which contains the hard drive. I used a pretty standard 500GB hard drive. As long as it's SATA it should be fine. The docking station is an adapter which allows a SATA connection and a USB connection. Beware: not an eSATA connection which is very annoying. For proper testing the SATA connection is required. Connect a SATA cable to one of the free SATA slots inside of you your computer and run it to the docking station.
Alternatively buy an internal docking station which fits into a standard DVD drive slot. This is actually the "proper" method because this internal docking station is used in the DCP servers and allows hot swapping. It is very elegant in that you can plug in the drive while the server is running and Linux can mount it automatically. Removal of the drive can also happen during operation.

Time to reboot to Ubuntu Linux. In my case Ubuntu 12.04 LTS (Precise Pangolin). This version is highly recommended. It contains all necessary libraries and connects without any problems with the drive and because it's LTS it will be supported for at least 2 years.

What I'm describing here has been done under Ubuntu precise pangolin with openDCP v0.0.26. Download the debian package opendcp-0.0.26-linux.i386.deb and install it with "sudo dpkg -i opendcp-0.0.26-linux.i386.deb". Then you are ready to go. If dpkg moans about missing packages just start your favourite package manager and install the missing packages and re-run dpkg. 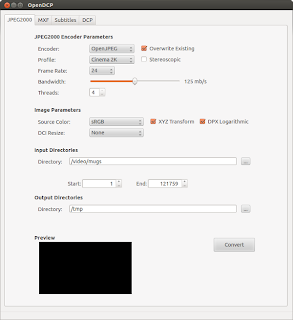 The TIFFs now need to be converted to JPEG2000 files and into the XYZ colour space. The can be done by the command line tools or by the openDCP gui. I used the GUI for it which shown here.
I just left the settings as they are. Important here is that the framerate is 24P and that the source colour space is sRGB and that there is a conversion to the XYZ colour space.
BTW, don't panic: the preview stays black. Also, there seems to be a problem with the progress bar. Check at the end that all images have been converted. If there are any problems then use the command line tool instead but in my case everything went fine. GIMP won't loads the JPEG2000 files but interestingly "eog" (eye of gnome) does. The images will look hazy and with wrong contrast. This is normal. If you want to check the images with GIMP you need to convert them to PNG with "convert". 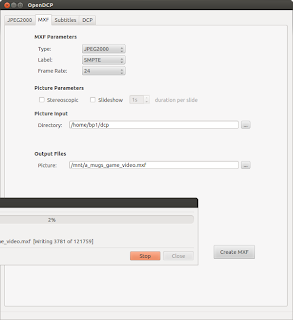 The MXF containing the picture is created again with the "opendcp" GUI. Select "MXF" and then JPEG2000, SMPTE and 24 frames per second. Specify the directory where all the JPEG2000 files reside and the output directory which should be on the EXT3 formatted external drive.
Both, the scanning of the directory and also the conversion will take a while so be patient. Alternatively you could use the command line tool:
opendcp_mxf -i . -o /mnt/a_mugs_game_video.mxf
assuming that the input images are in the current directory and the output MXF goes straight onto the external drive. 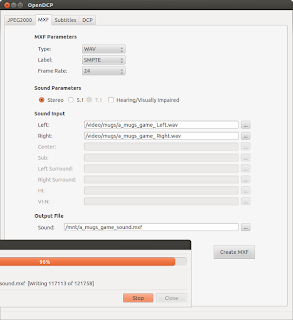 The sound is done in the same way but by selecting WAV in the uppermost drop down box. Then select if you have just stereo or 5.1 surround sound (6 channels). Barney, the projectionist at the GFT told me that he would prefer 5.1 because there is usually no time to switch to pro logic but in our case here we have just stereo.
The output MXF should be on the EXT3 formatted drive.
Just select all the separate wav files and then press Create MXF. This will probably just take a few minutes. As a curiosity there is no documentation how to create the sound MXF from the command line. You need to use the GUI.


Don't forget to properly un-mount the drive before unplugging or just shut down the computer.

To test your DCP plug the HD back in. If you have USB connection then you should instantly see the files. If you have the internal SATA bay then it should show up in your dmesg when the drive is inserted into the computer. Mount it as described above and check that everything is there.

To test if it plays you can use the dcpPlayer for example. It plays the first 15 secs of your film or you could invest about £150 for a license. This is only available under Windows and you need to install a driver which can mount the EXT3 filesystem.

Credits:
Matt Cameron's DCP tutorial
A big thanks to the GFT for letting me to try out the DCP and especially Barney who gave me valuable feedback especially about the sound.