How to create streamable video with Sony Vegas

I faced the problem how to create mpeg4 video clips which play instantly with a flash player.
Sony Vegas can generate high quality mpeg4 video but it's not streamable. When played with a flash player it won't play until all the content has been downloaded. The problem is the so called "MOOV atom" which is located at the end of the mpeg stream but needs to be at beginning of the stream.
The project GPAC has a very nice command line tool called MP4Box which moves the MOOV atom to the front of the stream:
MP4Box -inter 500 myMPEG4file.mp4
One note about bitrates: keep them below 1Mbit/sec. Some providers throttle the bitrates of videos to 1Mbit/sec. So, if you want to be sure your video plays keep it below 1Mbit/sec.
In Vegas I usually use two pass modes: 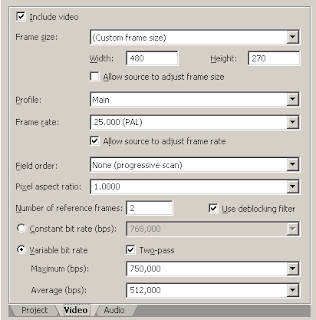 Examples of stremable videos are here: